The illustrations of Janet and Anne Grahame Johnstone 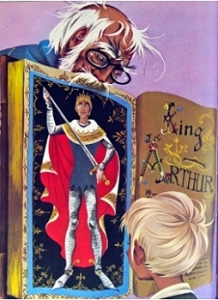 I’ve been busy cataloguing a collection of books illustrated by Janet and Anne Grahame Johnstone. The cataloguing process is taking far longer than it should because I keep stopping to ooh and ahh over the beautiful illustrations.

Janet and Anne are probably best remembered for their illustrations for Dodie Smith’s classic novel, The hundred and one Dalmatians, but they illustrated literally dozens if not hundreds of books.

The twins worked on every picture together, passing illustrations backwards and forwards until both were satisfied, Janet concentrated on animals while Anne was the expert on period costume. Early commissions included editions of Heidi, Gulliver’s Travels and the water babies, all for the Heirloom Library. 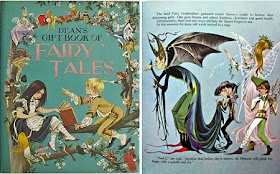 Janet and Anne were also involved in a number of programmes for television these included Charlie the Cat, the Flower Pot Men, Tai Lu, Andy Pandy and the adventures of the cowboy, Ross Salmon. All of these produced spin-off publications.

Other early work included new illustrations for Struwwelpeter (1950), Enid Blyton’s Tales of Ancient Greece (1951), and This Land of Kings written by Ida Foulis (1954). Their best known book, The Hundred and One Dalmatians, appeared two years later. It might be expected that this would have brought them fame and fortune. But it did neither. In return for sixty drawings they received the unbelievable sum of £100 and virtually no artistic credit. 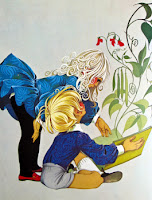 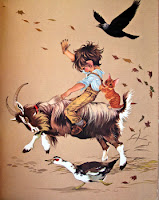 Other markets for illustrators of children’s books at that time were the weekly comics, such as Girl, Eagle, Parent and Robin. They also worked on designs for Christmas cards and illustrated a number of large, brightly coloured gift books, mainly published by Dean. Their full-page illustrations surround nursery rhymes, fairy tales or children's prayers and were very reminiscent of artists like Hilda Boswell.


Janet died in an accident in 1979, although devastated by the loss, Anne still found the strength to continue alone. She learned how to draw the animals that Janet specialised in, becoming so adept that she was elected a Member of the Society of Equestrian Artists. Anne continued to work until two days before her own death on the 25th May, 1998.


Update July 2015; Several people have asked for a list of books illustrated by Janet & Anne, so I've included a list here.   There are around 200 books listed, but if you know of others, please leave a comment, and I will update the list.

I adore these illustrations and would be interested to hear what others think about them. Please feel free to leave a comment - and pop back to read my replies.

I really appreciate your comment. Thank you!
Barbara xx